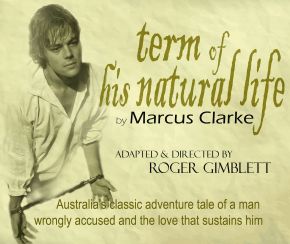 Term of His Natural Life

Mark Twain himself deemed Marcus Clarke's powerful story of the horrors and degradation of the penal system "brilliant and fascinating". As dramatic as A Tale of Two Cities or Wuthering Heights, this classic adventure tale is brought to life in a world premiere adaptation opening on 8th May 2004. 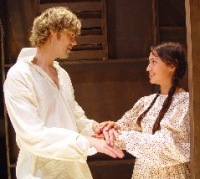 When the secret of his true parentage is revealed, young aristocrat Richard Devine is disinherited and driven from his London home. He is subsequently arrested after being falsely accused of a robbery and murder. Assuming the name "Rufus Dawes", he is banished to an unforgiving Australian prison for a life sentence. Gradually, he evolves into a tough, self-sufficient convict, surviving brutal clashes with fellow prisoners and his jailers - including the cruel Lt. Maurice Frere - and building a friendship and with the troubled Reverend North. "Dawes'" last hope for vindication is his great love for Sylvia, daughter of prison Commandant, Major Vickers.

That hope is put to the ultimate challenge by her own dark secrets, as well as one final, stunning betrayal you won't see coming! Australia's greatest historical novel, For the Term of His Natural Life is also an unforgettable testament to the power of the human mind and heart. 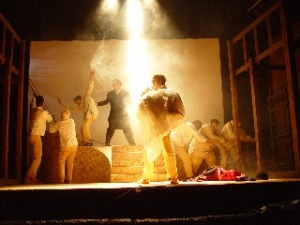