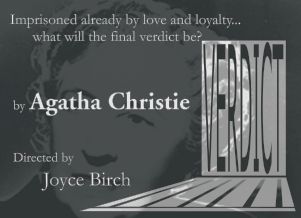 Agatha Christie's mystery plays have always proven popular with Sydney audiences and it is said that "Verdict" was Agatha's personal favourite. 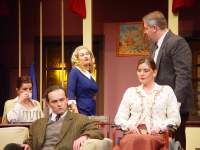 Set in 1958 during the "Cold War" an East German University professor is forced to flee his country to England with his invalid wife and her cousin - a situation which is not uncommon in today's turbulent times in many countries. Against his better judgment the professor agrees to tutor the beautiful daughter of a wealthy family. However Helen Rollander has an agenda of her own and as events spiral out of control lines of guilt and innocence become blurred and everything hinges on the final 'verdict'.

As always in a Christie play there are many surprises and with a cast of new and old faces this production will delight all those who enjoy crime and mystery thrillers. 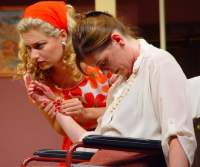 Director Joyce Birch together with Associate Shane Bates lead a very experienced production crew in recreating the world of London in 1958. Early booking is highly recommended for this highly dramatic theatrical treat. 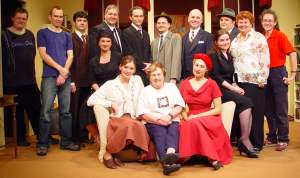