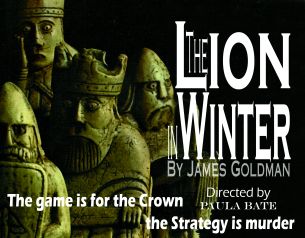 The Lion in Winter

When Katharine Hepburn died last year there was much discussion about which had been her most outstanding film performance. In every discussion "The Lion in Winter", stands as, if not her best, then certainly one of her best. She won the Academy Award as did the playwright James Goldman for the screenplay adaptation from his theatre classic.

It is Christmas 1183 and the first Plantagenet Henry II and his wife Eleanor of Aquitaine celebrate, with their three sons, Richard, Geoffrey and John at Chinon Castle. This is the original dysfunctional family struggling to find who will inherit the English throne on Henry's death. Their struggle encompasses brilliant dialogue and a wit and intelligence which jumps from the page. The characters weave their way through plot and counter-plot, murder and betrayal. Many people are surprised to learn that Goldman created his play as a comedy; such is its dramatic impact. It explores the best and worst of human nature with language that is inspired and characters that are fascinating. 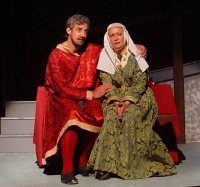 Director Paula Bate has previously staged An Ideal Husband, Round and Round the Garden, The Business of Murder, Enter a Free Man, Dial M for Murder, Harvey, Billy Budd and Arsenic and Old Lace for the Company.

"Lion in Winter" will open at the Genesian Theatre 420 Kent Street on Saturday 18 September and run Fridays, Saturdays at 8pm and Sundays at 4.30pm until Saturday 30 October.

We strongly recommend early bookings for this season via MCA Ticketing on 9645 1611 or www.mca-tix.com 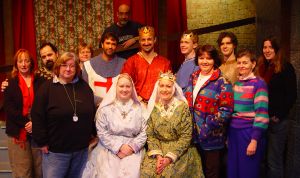