Round and Round the Garden 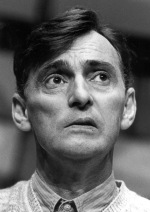 Born in 1939, he worked in theatre from the time he left school, writing the trilogy in 1973 for the Tiny Library Theatre-in-the-Round in Scarborough, where he first staged all his plays. Ayckbourn tells us that he ignored London sources who informed him that writing trilogies was not 'a good thing'. He had found that with a new play it was safer to never look further than Scarborough and to achieve success there. Scarborough is a holiday town with an ever changing population, and if it was essential to see all three plays to appreciate the trilogy, or any one of them, this would probably result in no audience at all, "The Norman Conquest" plays are therefore able to stand independently and may be seen in any order. As the Library Theatre could only afford six actors then the trilogy has a cast of six. 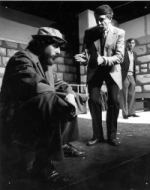 Ayckbourn decided to write "The Norman Conquests" crosswise. He started with Scene One of "Round and Round the Garden", then the Scene Ones of the other two plays and on through the Scene Twos. Comic climaxes seemed to abound everywhere and each play began to develop an atmosphere of its own. The West End production opened at the Globe Theatre London in August 1974 and the cast include Tim Courtenay, Michael Gambon, Penelope Keith and Felicity Kendal 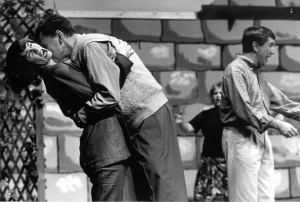