Shakespeare blasts onto the stage in psychedelic splendor in the Genesian Theatre's latest production of Twelfth Night. 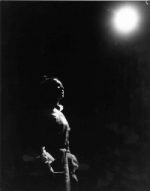 Set in 1969, this latest adaptation of what has been called Shakespeare's most perfect play, builds on the theme of peace, music and free love. The sixties marked a point of revolution in modern music, which reflected societal changes as a whole and a newfound freedom of expression. This era makes the perfect for Twelfth Night for of all Shakespeare's plays , it is the most highly focussed on free expression and the music of love. The sixties was an era of new freedoms and ambiguities, endless possibilities and blurred boundaries and thus provides a perfect setting for Twelfth Night's fantasy of desire, undifferentiated and uncontrolled by the constraints of normality, etiquette or even gender.

The play shows, and the period echoes, the fragile boundaries between friendship and lvoe, and the universality of desire, which cannot by continued or limited. Thus, this bittersweet comedy is very poignant for the issues of contemporary Sydney society.

Performed in the inner city theatre where Australia's most famous Shakespearian actor and director, John Bell, once trod the boards, the Genesian Theatre is the perfect setting for this unique Shakespearian production. 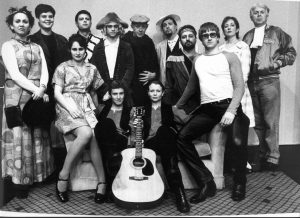