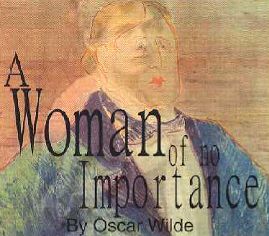 A Woman of No Importance

The Genesian Theatre will present Oscar Wilde's "Woman of No Importance", first performed in 1893, from January 10 to 21 February 2003. This is one of Wilde's most important plays and presents Wilde at his most joyous and idealistic in the setting of a dark family situation. He presents to us his vision of the future, the central role of love and the truly honourable life in this vision. This is in contrast to the superficial party scene of the contextual characters. 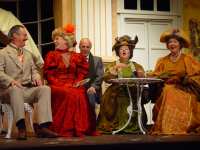 The play contains Wilde's most beautiful writing. The speeches given to the two heroines, Rachelle Arbuthnot and Hester Worsley, are startling in their relevance even today in a world which seems overwhelmed with tired and even cynical values. The deep and moving meaning of the lives of the central characters are set against glittering London Society at the turn of the 19th Century and Wilde's language of this society is at its most witty including the scandalous description of the fox hunters, "The unspeakable in pursuit of the uneatable" and aphorisms like, "Nothing succeeds like excess."

Brian Donovan, the director of this production first directed at the Genesian Theatre in 1963 and has directed many plays there over the years. He has also directed a number of operas including a training production for the Australian Opera. He has gathered a cast of outstanding performers including Suzanne Hauser, David Kirkham, Garth Holcombe, Chantal Kershaw, Robyn Williams, Joyce Birch and Johanne Donovan. The beautiful and luxurious sets and costumes are designed by Peter Henson. Peter and Brian have collaborated in previous productions, most notably J.B. Priestley's "An Inspector Calls" in 2000. 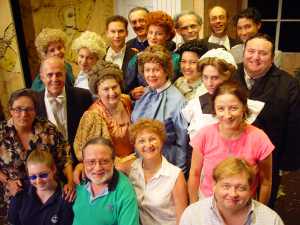