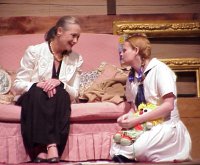 In the nine months prior to World War II nearly 10,000 children were sent, without their parents. from Nazi Germany to Great Britain, rescued by the Kindertransport movement. Most of the children never saw their parents again! Those courageous men and women who had the strength to send their children off to an unknown fate soon boarded another type of transport...

Kindertransport, by Diane Samuels, dramatizes the history of many kinder in the persona of one girl who arrives in England in January 1939 aged just nine. Forty years later, she confronts the truth and lies about her past when her daughter, discovers old letters, books and diaries in the attic.

It is with great pride that the Genesian Theatre Company Inc presents the Sydney Premiere of Kindertransport. 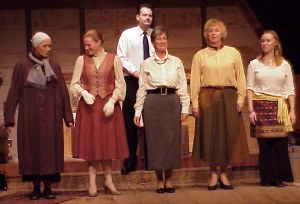