The play Silhouette, was first presented at Guildford, England in 1997, and is one of many works written by popular English Television and mystery writer Simon Brett. It tells the story of Celia Wallis (Kerri Rowe) a middle aged actress estranged from her Shakespearian actor husband (Michael O'Connell). When he is found dead the finger of suspicion points in many directions, not least at the young journalist (Darren Potter) who is asleep in Celia's bed..... 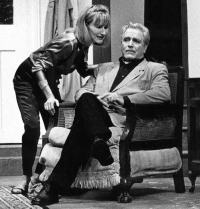 Inspector Bruton (Barry Nielson) investigates but finds that even his own officers (Robert Matek, Meg Carrol, Ray Forsyth) seem to know rather too much about this ultimate celebrity couple. A witty modern thriller with an unexpected twist this play breathes new life into the murder mystery genre.

Roger Gimblett, last seen as Roy in 'Cosi' with Phoenix theatre makes his directing debut for the Genesian Theatre. He has previously directed extensively in New Zealand and the UK.

This play is a must see for lovers of crime, comedy and mystery. 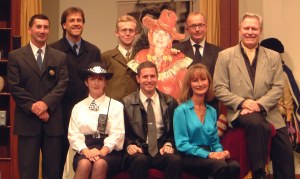