The House of Bernarda Alba

In August, the Spanish authorities announced that the exhumation of a mass grave will begin in the hope of identifying the remains of one of the greatest European writers of the 20th century. 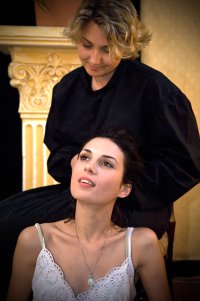 Federico Garcia Lorca was a victim of the madness that swept Spain after the civil war. Murdered by one of Franco's death squads, his death at just 38 years of age is one of the great tragedies of that terrible war. The Genesian Theatre is excited to present his famous tragedy, The House of Bernarda Alba.

During a hot, Spanish summer a house is in mourning. Totally dominated by their mother, five lonely sisters waste their lives away in games of petty jealousies and bitterness. For Lorca, the mother represents the rise of fascism and repression in Spain in the period leading up to the war. It is easy to imagine the daughters as symbols of those in society fighting against this repression, only in some cases to end up as its tragic victims.

With original flamenco music, this fresh, new translation will update this classic tale. And, by another coincidence, the film, Little Ashes, about the complex relationship between Lorca and Salvador Dali is also due for release.

Don't miss the opportunity to see this rarely performed work. It will only come once. 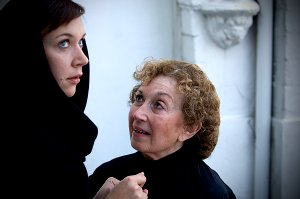