"Amadeus", Beloved of God. A prodigy who composed his first concerto at four, his first symphony at five. Undeniable musical brilliance, charm and verve: this is Wolfgang Amadeus Mozart. 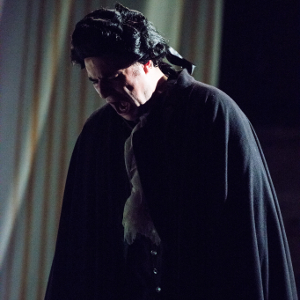 Antonio Salieri, court composer to the Emperor Joseph II, is a prolific young man at the Hapsburg court. Leading a virtuous life, he expects God to grant him fame. When Mozart appears at the Hapsburg court, Salieri soon realises that the little man's skills greatly surpass his own. Salieri's desperate disbelief is deepened by Mozart's childishness, naďve arrogance, and coarseness. How can genius and vulgarity undergo such an ill-chosen alliance? Thirty years after Mozart's death, a rumour is spread throughout the whole of Vienna: Salieri is said to have poisoned Mozart. The source: the Italian himself. And here we are, right at the beginning of the play. Feeling embittered by age and his past, Salieri addresses the audience to confess all sins he has ever committed. In an extended flashback, he takes us back to the most beautiful and most devastating moments of his life and career. Forgiveness is impossible, but is understanding? How did all this come to pass? And did Salieri really murder Mozart? 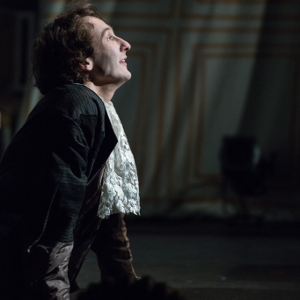 Peter Shaffer's Amadeus was first performed at the Royal National Theatre in London in 1979. It has been a theatrical hit ever since and is regularly staged all around the globe. The film adaptation won eight Oscars, including best picture, best director, and best actor.

On Saturday the 1st November the Genesian Theatre will donate 50% of all Box Office takings to charity. Please see our Charity page for the list of charities the theatre has chosen to support this season. We encourage you to come along in support of these causes.

On Sunday 9 and 16 of November, join us after the performance of Amadeus at 7:15 pm for two monologues inspired by the play. Salieri's Women performed by Michelle Lunicke as Teresa and Elia Bosshard as Caterina. These monologues are presented free of charge. All welcome! 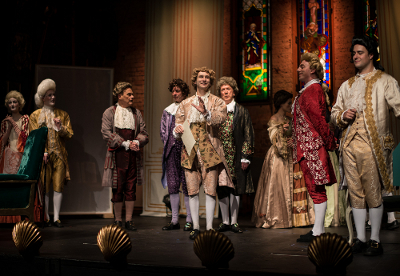 By arrangement with ORiGiN Theatrical