The performance runs for 1 hour and 50 minutes, including interval.

"There is nothing, Watson, more deceptive than an obvious fact."

London, 1893: Sherlock Holmes sets out to retrieve a photograph for a mysterious masked man - a photograph being held by famous opera singer Irene Adler. But when Holmes and his faithful companion Dr. Watson uncover a scheme by Professor Moriarty, they find themselves pitted against the greatest criminal mind of all time.

A fast-paced adventure travelling from London to the iconic confrontation at Reichenbach Falls, join the master detective in what could be his final case! 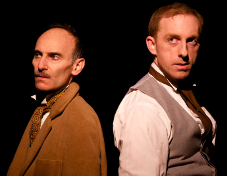 Adapted by Steven Dietz, based on the original 1899 play by William Gillette and Sir Arthur Conan Doyle.

On Saturday the 12th July the Genesian Theatre will donate 50% of all Box Office takings to charity. Please see our Charity page for the list of charities the theatre has chosen to support this season. We encourage you to come along in support of these causes. 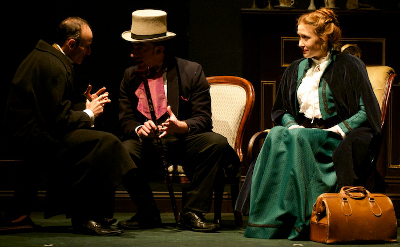 By arrangement with Hal Leonard