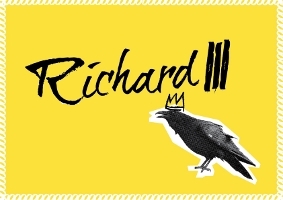 very engaging and it contained some moments of real theatrical spectacle - Jodi McAlister, Theatre From The Back Seat

plenty of moments you can appreciate - Jane Simmons, SOYP

a convincing, exciting show, which demonstrates the versatility of the company and the immortality of the bard - Leann Richards, Alternative Media Group 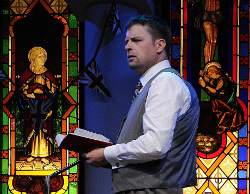 Despite its historical inaccuracies, Richard III remains one of Shakespeare's most popular plays. The mixture of tragedy, political intrigue and comedy is irresistible. At its centre stands Richard, duke of Gloucester - perhaps the ultimate stage villain - a character who has fascinated audiences for over 400 years. 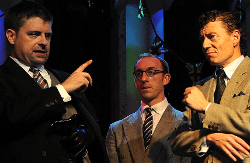 Our bold new production transposes the action from the fifteenth century to the much more familiar England of the late 1940s; a time of celebration and national pride, but also a time of shortages and mourning ... an ideal time for an opportunist tyrant to make his play for power. Richard is determined to become king - and the only things that stand between him and the crown are his own family and most of the English nobility ... no problem.

Special Event: 'Richard..... Really?' Immediately after the performance on Sunday 10th March. A panel discussion on just who Richard was: the historical figure, Tudor propaganda, and a certain car park! Hosted by Lilianna Komljenovic the panel will include Richard III Society Secretary Julia Redlich, Director Gary Dooley, and lead actor Roger Gimblett with members of the Company. Complimentary wine and nibbles will be served and the invitation is available only to audience members at the 10th March performance.

Join Shakespeare's notorious serial killer as he lies, cheats and murders his way to become king in this exciting new take on an all-time classic play.

On Saturday 23rd March 2013 the Genesian Theatre will donate 50% of all Box Office takings to Project Compassion. We encourage you to come along to help us support this worthwhile cause. 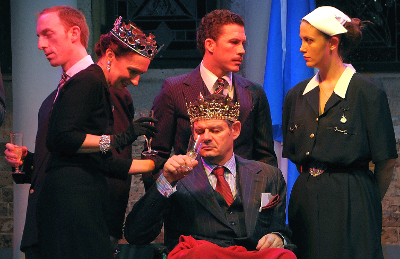