The show runs for 2 hours, with an interval of 15 minutes.

The story of an impossible choice between love and duty - the decision stunned the world. An extraordinary story that rocked the British monarchy to the core. If you loved the Kings Speech don't miss this!

Upon the death of his father, David, the Prince of Wales, assumes his role as Edward VIII. However his affair with a married divorcee Wallis Simpson soon brings his family and the empire into crisis.

How the family reacts to David's determination to marry Wallis and make her his queen is the stuff of high domestic as well as public drama. This gripping and thought provoking play, shot through with dry humour, tackles the private and public agony of the British Royal family upon his decision to abdicate the throne when the government makes it quite plain that Wallis Simpson will never be acceptable as his queen. 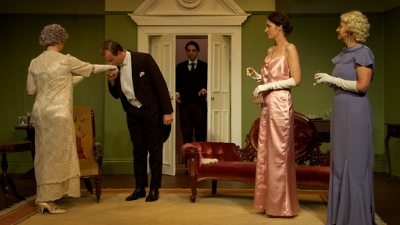