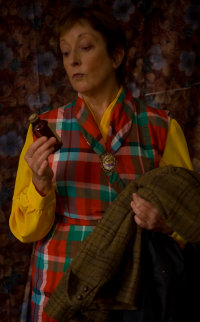 In Intent to Murder a famous writer of mystery novels who lives alone in a remote cottage is discovered doing away with her no-good husband. Now she has a new nemesis. A twisted plot unfolds and takes many turns on its exciting journey towards a surprising end. We know you love our murder mysteries!

Come with us to 1950, to a cottage on the Yorkshire Moors, where Janet Preston is completing her latest novel. She is also busy making herself the heroine in her real life fantasy. However, the next few days turn out nothing like she planned. First there's the unexpected return of her estranged husband which complicates her desire to win the heart of a younger man. Then there's George, her husband's business associate to deal with and the nosey neighbourhood veterinarian Mr. Henderson keeps appearing. Janet is forced to make some deadly decisions. 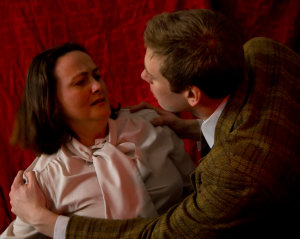 Intent to Murder is reminiscent of many of Agatha Christie's finest thrillers, as it twists and turns through an intriguing, fast-paced plot. The audience is continually confronted by situations and characters which are neither black nor white, and Sands throws in some red herrings too. There is a surprising end to this gripping thriller.