The Genesian Theatre donated $1500 to the 2009 Victorian Bushfire Fund from the opening night performance of Noises Off. 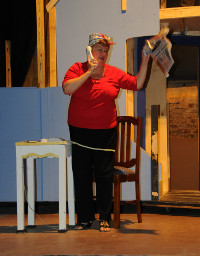 In 1970 Michael Frayn was standing backstage watching a production of his farce Chinamen. "It was funnier from behind than in front and I thought that one day I must write a farce from behind." commented the playwright. Noises Off is the result of that thought. 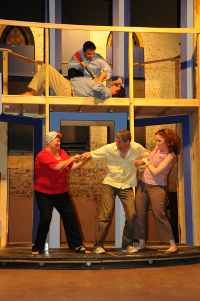 Dotty Otley is retiring from the stage, and as a last hoorah is touring in a new production of that well known farce Nothing On. The final dress rehearsal doesn't run entirely to plan, but surely once they get the show on the road all will be well...

With a two storey revolving set and a display of both on and off stage shenanigans, Noises Off is sure to entertain.

Patrons are advised that due to the double storey set views from the upstairs circle seating may be obscured temporarily at times during Noises Off. All downstairs seats have a clear view. 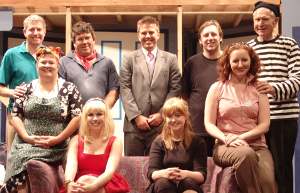