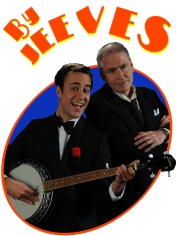 Book and lyrics by Alan Ayckbourn

Based on the "Jeeves" stories by P.G. Wodehouse


An Almost Entirely New Musical by Alan Ayckbourn and Andrew Lloyd Webber, based on the characters created by P.G. Wodehouse

From the classic P.G. Wodehouse stories of the amiably dense Bertie Wooster and his estimable manservant Jeeves, two of the theater's most celebrated talents, Alan Ayckbourn and Andrew Lloyd Webber, have fashioned a jolly musical chock full of hilarity and invention. Bertie is looking forward to enlivening a charity benefit at a church hall when his beloved banjo mysteriously goes missing.

Whilst awaiting the arrival of a replacement and assisted by the unflappable Jeeves, Bertie instead entertains the audience with an improvised account of the events of one riotously raucous weekend. This tale of escalating chaos and labyrinthine high jinx unfolds to the accompaniment of one of Andrew Lloyd Webber's most vivacious and sprightly scores. BY JEEVES cleverly intertwines the twin English passions for amateur theatrics and bumbling silliness, taking us back to a time when flirty girls pursued men, not careers, good breeding took precedence over brainpower, and where the Butler, indisputably, did it!

With a top cast under the direction of Roger Gimblett don't miss this SYDNEY PREMIERE production!!! 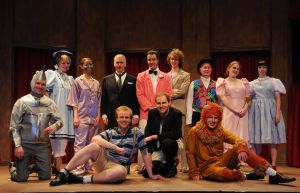