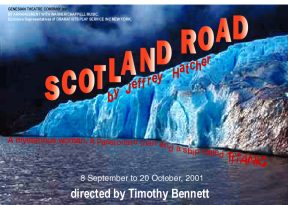 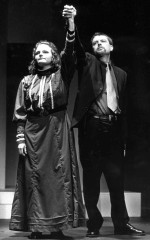 'Scotland Road' is Jeffrey Hatcher's most produced play with stagings as far away as Santiago and Berlin. The idea for the play came about during an automobile trip from Colorado to Minnesota in August, 1991. During the trip Hatcher stopped at a gas station in the Badlands of South Dakota. While waiting to pay at the counter Hatcher looked down at a rack of tabloids and saw a headline on the cover of The Weekly World News, which read 'Titanic Survivor Found on Iceberg'. The paper told the story of a woman who had been found floating on an iceberg in the North Atlantic. 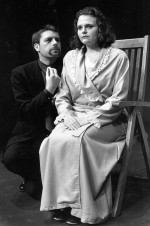 In an In Theatre Magazine article, Hatcher said,"There are times when you go searching for a play idea. But on rare occasions, an idea will come galloping towards you unbidden, leaping at you like a wet yellow labrador, knocking you to the ground and licking your face until you begin to type. SCOTLAND ROAD came to me that way." 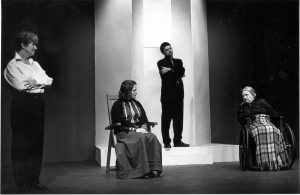