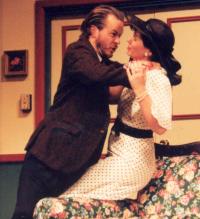 This is not the usual Agatha Christie murder when the audience is teased with red herrings and led down the garden path as the police get about solving the crime.

In Verdict, the audience sees the murder happen, knows the murderer and then has to sit back and see if the right person is found and charge. 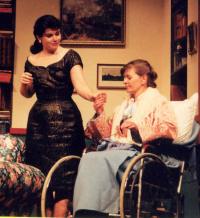 Christie is asking more serious questions about ideals through her characters as they face up to what has happened. There is Professor Karl Hendryk who has to leave his homeland because he helped a colleague's family, his invalid wife, her cousin and companion, the local doctor, a self-seeking student and a gossipy daily with a tongue for the ghoulish.