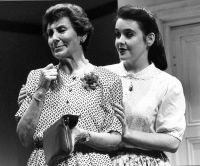 On Monday Next is a period British comedy, first produced in 1949. A regional Rep company is in rehearsal for its production for the following week when the production's author steps onto the scene and discovers that the theatre company does not regard his play with quite the respect he feels it deserves.

Written by Philip King and directed by Joyce Birch, this 'play within a play' laughs gently at the world of theatre, subtly satirising writers, directors and actors as well as the genre of terribly upper class English situation comedies that proliferated during the 1930s. 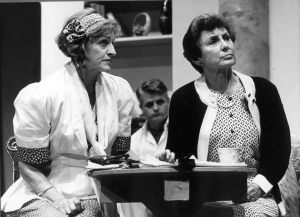