And a Nightingale Sang 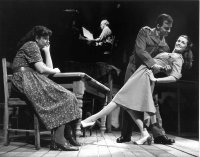 Taylor was born in Glasgow, Scotland in 1929, and died at the age of fifty-three in his beloved Newcastle-on-Tyne, England, December 9, 1981.

Part of the 'second wave' of British playwrights who began writing in the middle of the 1960s, Taylor's work, characterised by an attention to the reality of particular periods and events, captures the universal through his "narrow, odd vision of the world". 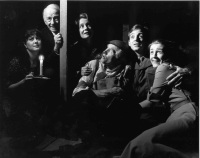 And a Nightingale Sang, set during 1939-1945 in Newcastle, reveals in a comic nostalgia manner Taylor's feelings about World War II. He says, "I grew up during the war under a deeply felt anxiety that the Germans might win the war, overrun Britain."

In noting the size and scope of Taylor's work, one theatre critic observed, "It would be surprising if future generations don't take an interest in his work. For one thing, it will help them understand the 20th century."

His unique voice, his unwavering honesty, his sense of wonder and belief in humanity continues to ring out in And a Nightingale Sang. 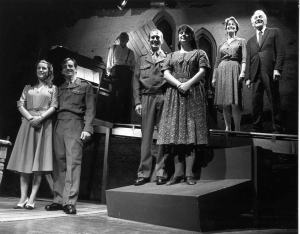