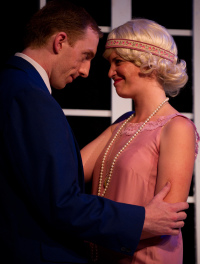 Ticket sales and donations in the sum of $2166.10 from the Opening Night of Private Lives have been donated to Christchurch earthquake relief via the Salvation Army. We thank our patrons for their help with this.

'That was the trouble with Elyot and me, we were like two violent acids bubbling about in a nasty little matrimonial bottle.'

Private Lives is one of Noel Coward's greatest works and is the perfect comedy for today. Written in 1930 at the height of his powers, Coward took just four days whilst convalescing in Kowloon to pen this classic tale of love's impetuous folly. Originally Coward himself played Elyot whilst his old friend Gertrude Lawrence played his foe Amanda. The original production also included Lawrence Olivier as the new husband Victor.

Elyot and Amanda, a recently divorced couple, find themselves in adjoining rooms on their honeymoon with their new partners. They find they cannot live without each other but maybe worse of all, they can't live with each other. Will they sacrifice everything for love or will they remain faithful to their new vows and partners?

As always an astute observer of human folly, this is Noel Coward at his best.

"Coward's wit was all his own" - NY Times Book Review

Directed by first time Genesian director Henry Jennings, he is looking forward to bringing this classic comedy of manners back to life. Henry is an experienced director and in 2009 was in Genesian's production of Noises Off. No stranger to comedy his credits include The Importance of Being Earnest, Dead White Males and recently the delicious 1930s all girl cast of The Women. 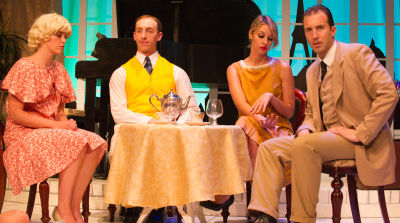