The production runs for two hours, including an interval

Due to popular demand we are pleased to announce an extra matinee performance of Black Comedy on Saturday 11th December 2010 at 4.30pm. 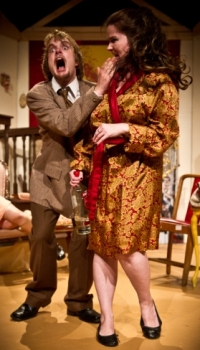 What really happens when the lights go out?

It is the "swinging sixties" and a young sculptor wants to impress a wealthy art collector. His current girlfriend wants him to impress her father. They "borrow" some furniture from the flat across the hall but their plans fall into chaos when the building is plunged into darkness by an electrical fault, the neighbour returns early from his holiday, the sculptor's former girlfriend arrives to renew their relationship and the prim spinster from the upstairs flat seeks refuge from the dark.

This witty farce, written by Peter Shaffer - author of Amadeus and Equus - is just the kind of light-hearted romp to put you in the mood for the Christmas season. 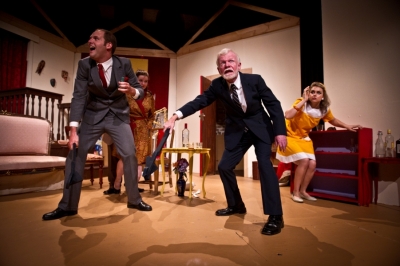 
Prior to Black Comedy we are pleased to present

Horizons will be the curtain raiser to Black Comedy.

This little gem of a one-act play was first performed in a very successful season at the Tap Gallery in October 2009. It is a gentle and beautiful piece which is by turns moving, comic and true.

Set on a beach in Noosa on a summer's afternoon, it is the story of Liz (a prickly character in her sixties, clearly used to a position of power) who is taking some time out from her hectic life, for reasons which become apparent. On the beach she meets a beautiful young male surfer (Chris) and in the course of one short afternoon's conversation the two manage to share some secrets and surprises. 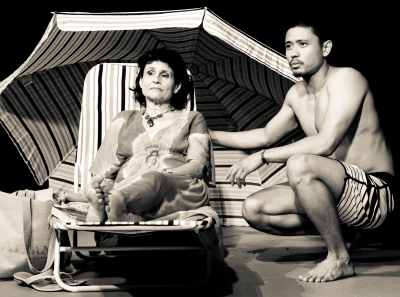