The Tempest, usually identified as Shakespeare's last complete stage play, opens in a brand new production at the Genesian Theatre on Saturday 3 March 2007. 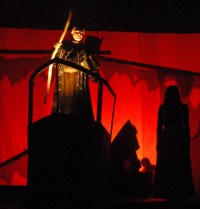 Shakespeare's tale of Prospero's Island is inherently theatrical, unfolding in a series of spectacles that involve exotic, supra-human, and sometimes invisible characters that the audience can see but other characters cannot. The play was composed by Shakespeare as a multi-sensory theater experience, with sound, and especially music and song, used to complement the 'other-worldliness' of the setting. Perhaps the most striking quality of The Tempest is the virtually unrivaled beauty of the language, every scene without exception overflowing with exotic images, magical descriptions, and a palpable lushness, witnessing the playwright at the height of his lyric powers. 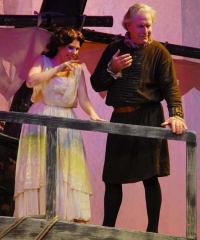 Director Roger Gimblett returns to the Genesian Theatre with the same production team that worked on his acclaimed staging of Hamlet at the Tom Mann Theatre in 2005, promising a Tempest that is as accessible and entertaining as it is spectacular. Michael O'Connell, last seen on the Genesian stage in Wilde's An Ideal Husband, tackles the demanding role of Prospero and leads a large and talented cast of new and old faces.

Filled with magic and mystery, revenge and eventual reconciliation, comedy and sorrow, and most importantly, forgiveness and love, don't miss this chance to see a play that has delighted and inspired people around the world for 400 years. 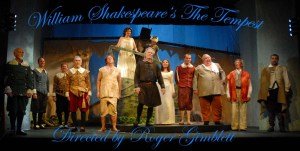