An Inspector Calls, by JB Priestly was first presented in London on 1st October 1946. It has the huge catatastophe of the First World War and the Second World War as its background.

The mysterious Inspector enters the lives of the Birling Family one evening, and shatters their middle class respectability in a society where greed and self interest have been permitted to flourish. 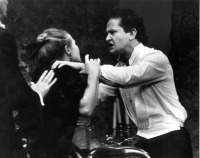 The Genesian Theatre production of An Inspector Calls marks the return of Brian Donovan, after an absence of twenty years from the theatre. Brian Donovan's previous directing credits at The Genesian Theatre include, The Alchemist by Ben Johnson in 1963, and Murder in the Cathedral in 1980. Apart from his theatre work, he studied direction under a scholarship at both The Conservatorium Opera School and The Australian Opera in the nineteen seventies.

Those who frequent The Genesian Theatre will recognize the talents of Caroleen Heaton, Jason Murdoch and Marc Taylor, who are joined in a welcome return to our stage by Barry Jenkins and Dave Kirkham. We also welcome in their debut performance Anne Lesley and Janet McCauley. 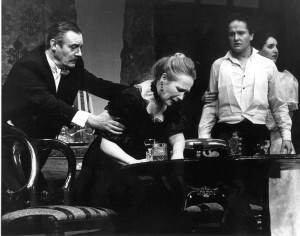