A Delightful Comedy for the Holiday Season!

Cedric, Lord Fauntleroy, now twenty and married, causes his mother the greatest concern by his apparent ignorance of the reasons for marriage. Ludicrous and farcical situations develop in the course of various genteel efforts to enlighten him.

They are accompanied by such diversions as his widowed mother's own bashful courtship; a mistaken identity, with its own disastrous repercussions; a pathetic Victorian recitation; poison in the wrong teacup; and the parlourmaid's taste in naughty novels. 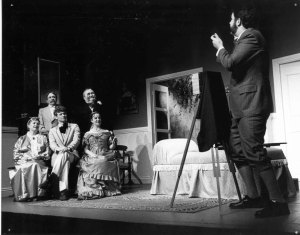