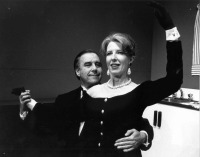 Absurd Person Singular is a comedy where we visit three couples in their kitchens on the Christmas Eves of three successive years. First the suburban but very much up-and-coming Hopcrofts, anxiously giving a little party for their bank manager, his wife and an architect neighbour. Then the architect and his wife in their neglected untidy flat. Lastly, the bank manager and his wife in their larger Victorian styled kitchen where party time becomes the day of reckoning. 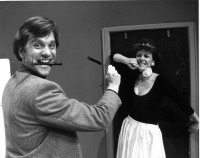 We bring you this enormously entertaining and successful play during the 'season of good-will' to amuse and provoke you. Ayckbourn has a sure touch in his dealings with personal relationships and is now the "most performed playwright" in the world.